Google Has Feet on the Street

Look how old this is!
I post at SearchCommander.com now, and this post was published 11 years 3 months 24 days ago. This industry changes FAST, so blindly following the advice here *may not* be a good idea! If you're at all unsure, feel free to hit me up on Twitter and ask.

I got a phone call today, that began “I’m with Google…” and of course I was highly skeptical. I take marketing calls for several clients, and this is the standard opening line for multiple unscrupulous SEO companies.

After just a minute, I realized it was the real thing, and he said he was part of the “Feet” team and he was conducting the newly laiunched phase 2 of their outreach program known as Google HotPot, which launched here in Portland in December.

Sadly for me, he was “standing right outside my location” and he wanted to stop by, but we have no “there” there, so he called me instead.

Since I work from a home office, and our web hosting servers are in Gresham, we actually have no physical location, and for nearly 8 years our address has just been a mail drop. 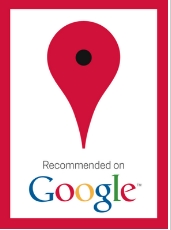 If I HAD been there, he would have given me the free Google swag I ordered, and he also said he had one of the new Google decals for my window.

At first I thought I was going to take some flak for even having a Google Places page for PDXTC web hosting, but that clearly wasn’t his department – he genuinely wanted to know how he could help me do a better job marketing my business, and even said to watch for my package in the mail.

I have no doubt though, that his real mission was to get me to guy more ads, perhaps the Google Tags or the new Google Boost ads that even include review stars.

While I do think it’s somewhat admirable that Google is reaching out, it also seems very clear to me, that Google continues to be a direct competitor of SEO’s and Internet marketing firms, just as people speculated might happen when they bought Performics and began talking about putting feet on the street way back in 2007.